Your mind is more powerful than all the computers on the planet put together. You may have heard that brain cells start to die from the moment you’re born – not true! You may also have heard that on average humans use only one-tenth of their brain – also not true. It might be that certain areas of your brain are not working to their full capacity – that’s possible because you’re not exercising them sufficiently and, like the muscles in your body, your brain needs stimulation to work at its optimum level.

We all have certain limiting beliefs stored in our unconscious mind which stop us from doing what we might want to do, what we might be perfectly capable of doing, if only we weren’t constantly telling ourselves we can’t.

For example, if you were repeatedly told as a child that you were stupid – perhaps by a parent, a teacher, a classmate – your unconscious mind has internalized that as the truth. You might even find yourself in certain circumstances saying things like ‘I can’t do that, I’m too stupid,’ or ‘Oh, I’m such an idiot.’ It all goes into your unconscious. You no longer need that parent or teacher or classmate to say you’re stupid, you’ve internalized that message … and you keep reminding yourself and confirming that belief.

But ‘I can’t put up shelves’ might actually translate as: ‘I’ve never learned the skills needed to put up shelves,’ or possibly ‘I don’t want to learn how to put up shelves. I’d far rather someone else did it for me.’ It might relate to having tried in the past and failed. But it doesn’t actually mean you ‘can’t’ put up shelves. Unless you have a disability that prevents you from doing such things, you could learn the necessary skills and put up a shelf if you really wanted to, if your life depended on it.

So what are your limiting beliefs? The following exercise will help you identify them.

Divide a piece of paper into 2 columns and down the left-hand side list any of your limiting beliefs that you can think of. For the purposes of this exercise take as an example ‘I’m stupid.’ Now, using the right-hand column of your page, list the difficulties this belief causes. It might be ‘I’ll never get a better-paid job,’ or ‘My friends are all cleverer than me.’ Perhaps ‘I’ll never be able to learn to drive’ or ‘I must be mad to think I could do that course and pass the exam.’

You can also do the exercise the other way around by listing the problems in your life that frustrate you and then find the belief that keeps you stuck, which stops you doing what you’d really love to do.

Once you’ve identified a few limiting beliefs the affirmation exercise below will help you to start to change those beliefs, in effect to wipe the tape that plays constantly in your unconscious mind and record a new tape. (And if you find yourself thinking ‘I’ve tried affirmations and they don’t work’ – that’s a limiting belief! If you’ve tried them and they didn’t work it’s because you weren’t told how to do them properly.)

A positive statement that something is already so:

Choose one of your limiting beliefs, for example ‘I’m stupid’ and turn it around into a positive statement, such as ‘I’m clever’ or ‘I’m intelligent.’ Now turn that into an affirmation such as ‘I am intelligent and creative.’ If you find you don’t actually believe the statement that’s fine — just keep going.

Once you’ve turned your negative thought or limiting belief into something more affirming, write it down 10 times using each of the following versions:

I, (name), am intelligent and creative

You, (name), are intelligent and creative

(Name) is intelligent and creative

Every time you experience resistance, doubt, ‘can’t have’, ‘and can’t do’ etc. turn the page over and note it down. Don’t dwell on those negative thoughts. Just note them, briefly, and then return to writing the affirmation until you have completed the exercise.

Use your affirmation as often as you can. Sing it to yourself, write it on cards and put them where you’ll see them, repeat it like a mantra, especially when you catch yourself reinforcing your negative belief. Say it with passion, shout it (silently, if necessary), act ‘as if’, feel yourself being intelligent and creative.

Your unconscious cannot hold onto an old, limiting belief if you determinedly affirm your new belief. You can re-program your unconscious with new beliefs that will transform your life. Within a short space of time, you will notice, in all sorts of ways, that you are cleverer than you used to think you were, that you have a perfectly competent mind, that you are able to do all sorts of things that you wouldn’t have even attempted in the past.

Keep working on your limiting beliefs and keep turning them into positive affirmations. Once you notice a shift in your attitude about one particular belief start work on another. 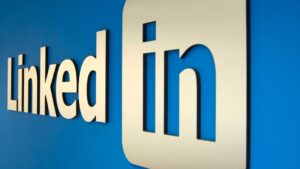 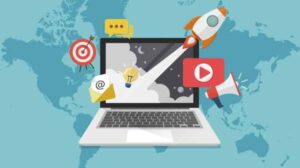 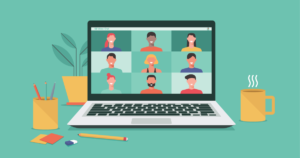